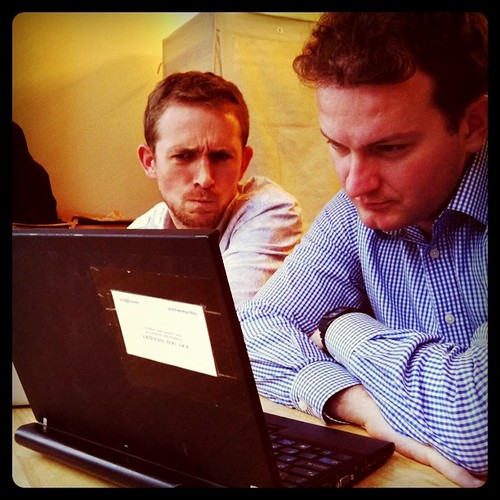 Jamie and I spend a lot of time looking at computer screens in order to prepare for this adventure. 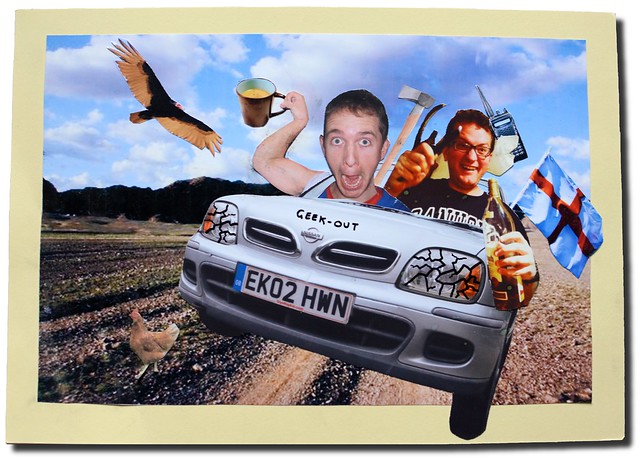 Pete made this excellent video and slideshow of the start of the Mongol Rally. Thanks Pete!

Jamie and I set off from Goodwood yesterday. What stress.

I moved several bags of my stuff down to West Sussex via Victoria and luckily a friend was around to help with the move!

I met with Larry and Jamie at Shoreham-by-Sea and the next morning Larry thankfully helped cleaned the car. He designed the our team "Geekout" logo and a whole bunch of delightful stickers for our car.

When we eventually got to Goodwood via Google Navigate which took us to the horse race course via some odd country lanes, the car looked a bit plain. Though whilst Jamie and I were registering et al, Larry applied the decals. Nice.

I was super stressed since I thought we might be off as early as 2pm and my parents said they were running late and would probably arrive around er.. 2pm. I told them to bring some BBQ stuff, but as it transpired, no BBQs are allowed at Goodwood circuit, despite the fact there was only one catering van and quite a large number of people. I became stressed & starved. Not a good start, though my parents did see my off with heartfealt hugs.

So we set off for the Chunnel and after the buzz of going around the circuit, Jamie almost hit a car as we were pulling out (he was looking the wrong way)!

So there were quite a few Mongol ralliers on the road to cross over to France. Lots of waves and good spirits. We met a solo Belgian driver named Rick who also has a CB radio. We chatted on the way to Folkstone which really helped pass the time. There are quite a lot of ralliers, though I would estimate only 5-10% have CBs, so I doubt we are going to get much use out of of it.

350 miles or so later we arrived at JHQ via Queens Avenue. A British base my sister was celebrating her last day on. Her and a couple of friends were dressed up as Amy Winehouse and doing a tribute. Her friend Paul seemed genuinely interested in our rally and we chatted for a bit and wound down with a German beer.

The next day we woke early as Jutta had an early flight back to England, so we left too. We said our goodbyes in the rain and now we are headed off to Dresden to stay with a very good friend Felix from India. Actually he's German, but we met in India. 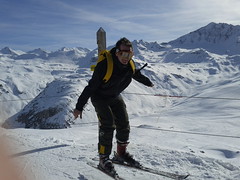 Jamie and I aren't intrepid buddies from 6th form in a gap year!

No, no we are seasoned travellers. Jamie has been several places and so have I on the world map.

We express cultural sensitivies and this is why instead of robbing and pillaging people along our route to Mongolia, we are raising money for those poor people.

Furthermore did you know we are donating our car once we arrive? Mongolians will have less need to cruelly sadle up an animal and parade on its back.

How are you saving the world?

Jamie and I have been very busy getting the little bits and pieces together for the Mongol Rally.

Before I start, may I invite you to the Festival of Slow at Goodwood on Saturday the 23 of July to see us off? It would be great if you could make it. 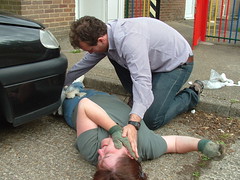 Have we missed anything? I am so ridiculously excited.